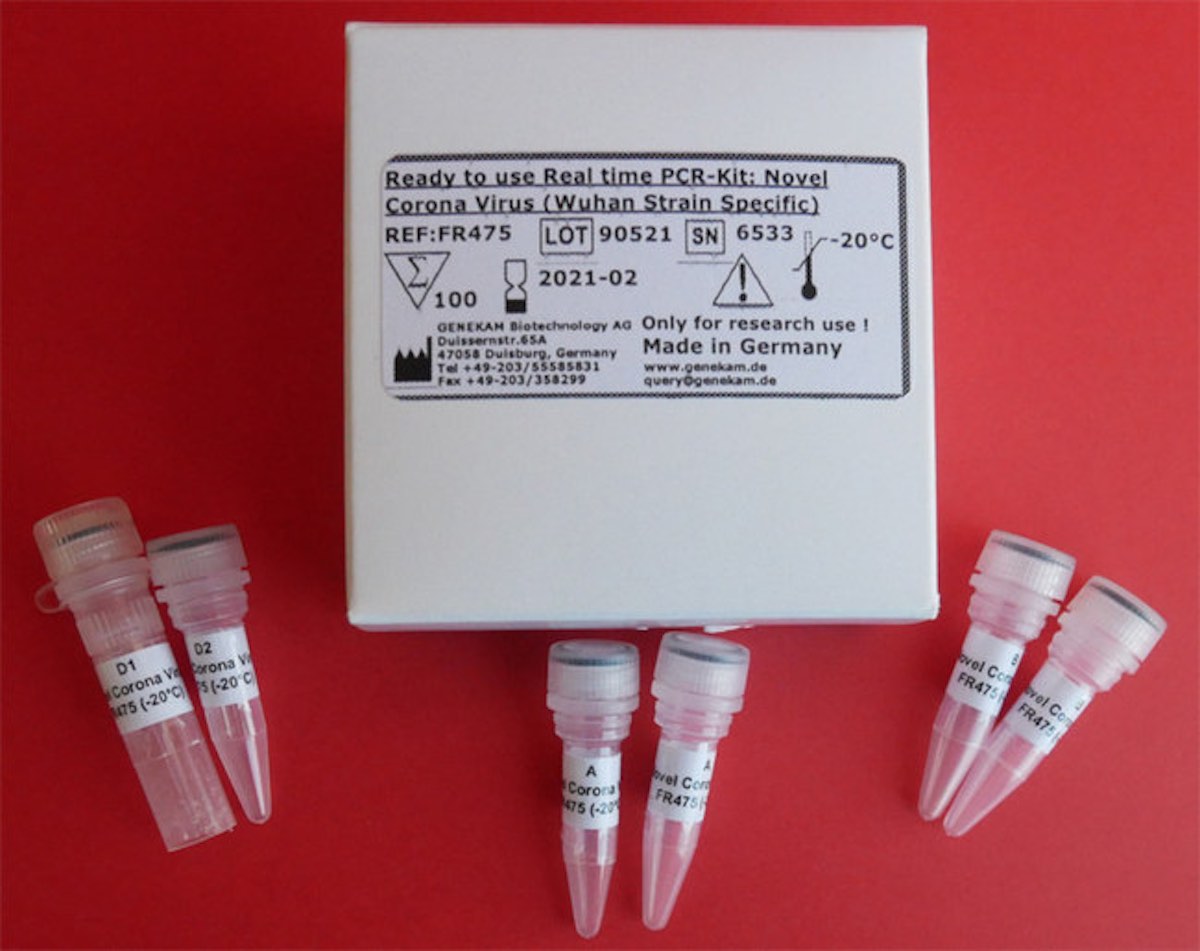 The purpose of this write up is to clarify certain aspects of laboratory testing for Corona Virus.

There are two basic methodologies applied to test for the novel Corona virus (SARS-CoV-2). The first is by detecting the virus itself in the sample, and second is by detecting antibodies in our blood/serum that are developed in response to the viral infection.

Testing for Virus (Molecular testing): It looks for its RNA.

The SARS-CoV-2 is an enveloped, single-stranded RNA virus, belonging to the family of Coronaviridae. The length of its RNA  is approximately 30 kilo bp (30,000 base pairs). For testing the virus, we need to pick a region (in its genome/ RNA) that is specific for this particular virus, as there may be similarities with other viruses, especially with its own family. Thus, testing is directed at detecting two genes on the viral RNA strand that makes it specific.

For a positive test, both genes need to be detected.
The testing procedure for the virus is not easy, as the RNA that is isolated from the sample is unstable and does not stay for long. Further, for it to be detected, it has to be multiplied many times to bring to such a level (amount) that it can be detected by the methods employed.

Existing Multiplex PCR kits with respiratory virus panels, such as those manufactured by Biofire or Genmark,  DO NOT detect CoV-2, the virus that causes COVID-19.

All the molecular methods employed for detection of RNA need to be done in tissue which is most likely to harbour the RNA, and thus not necessarily blood. The test may be falsely negative if only upper airways are tested.

Testing for body’s immune response (Serological tests). This method is more wide spread (in general terms) and thus better understood, by doctors and lay persons alike. The test depends upon the presence of the SARS-CoV-2 specific antibody (monoclonal antibody) in the particular sample, mostly serum or plasma of the individual. Hence, this is not preferred in the early stages of the disease, as the body takes some days to mount its immune response. Testing process is simple, usually automated and quick, and inexpensive. The major advantage of this test is that it can detect antibodies for a long time after the infection is over.