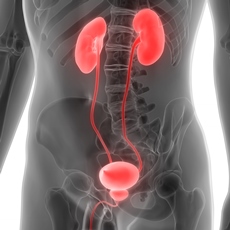 Urine microscopy:  Pyuria is defined as >10 WBCs/mm3 in uncentrifuged and >5 WBCs/hpf in centrifuged urine specimen. Pyuria may be absent in some cases of UTI &  WBC count doesn’t correlate with severity of the UTI

Gram stain for bacteria:  Should be performed in a freshly collected(<1 hr), uncentrifuged urine. Presence of bacteria carries high likelihood of UTI.

Leukocyte esterase and nitrite tests: These are performed by dipstick on a fresh urine specimen.  The likelihood of UTI is high when both or either of these tests is positive. UTI is quiet unlikely if both of these tests are negative.

Urine culture remains the gold standard for the diagnosis of UTI.